The organizers of the Olympiad are Ministry of Education and Science of the Republic of Adygea, Caucasus Mathematical Center, Adyghe State University, and Regional School of Natural Science and Mathematics.

Famous teachers of Mathematics, members of the Jury for the Russian Mathematical Olympiad, and authors of many Olympiad problems are invited to serve on the Problem Selection Committee and the Jury of the Olympiad.

The Coordination Council invites students of Grades 8-11 of 15 regions in the Southern Russia and in foreign countries to participate in the Olympiad.

True to its motto “Caucasus without borders!” the 6th Caucasus Mathematical Olympiad brought together 15 countries and 16 regions of Russia in total.

The 6th Caucasus Mathematical Olympiad is finally on the home stretch. The only thing left is to sum up the results and award the winners. But until then let us tell you about the second-to-last day of the Olympiad.

As always, there was no time for boredom. In the morning the participants learned the examination criteria and discussed their works with the Jury in Science in Innovations Park of Adyghe State University.

Afterwards the participants and the students of Adyghe State University had a rare opportunity to attend a lecture of Aleksandr Piperski called “Evolution of languages” where the speaker explained how to recognize linguistic metamorphoses and how transformations in different languages work.

Just a couple of days left until we learn the results of the 6th Caucasus Mathematical Olympiad. Another day of the Olympiad is over after giving the participants unforgettable emotions.

Today was a day-off and both the participants and the Jury had a chance to catch their breath and forget about the challenging tasks for a bit.

The Western Caucasus welcomed the guests with open arms. Even the weather humored them with rays of March sunshine giving even more positive emotions from a tour through picturesque Guam Canyon.

And the second competition day has almost come to a close. The participants finished solving the tasks that challenged their erudition, mental aptitude, mathematical prowess, and intellectual drive.

The work is over, now comes the most difficult part. Waiting. The Jury is working hard examining every work, and soon, on March 17, we will know who the winners are.

But while we wait, the Olympiad offers a diverse cultural program. The “City Integral. Schwartz’s Theorem” game was one of the most awaited events of this program. This year demonstrated again that intellect and healthy lifestyle come hand in hand.

The first competition day of the 6th Caucasus Mathematical Olympiad is finally over. Although the tasks were challenging, the participants solved them with real enthusiasm.

Their eyes shining with excitement showed that math is in their blood and that the intricate and unconventional tasks prepared by the Problem Selection Committee of the Olympiad were just what those young hungry minds needed.

About 170 children participated in this Round of the Olympiad, including the participants from outside of Russia. After the Round was over, the participants who were able to come to Maykop had a photoshoot with the Jury.

The Olympiad is organized by the Ministry of Education and Science of the Republic of Adygea and Caucasus Mathematical Center at Adyghe State University.

The event is sponsored by the Cabinet of Ministers of Adygea. The partner of the Olympiad is ITV | AxxonSoft.

The programme of the 6th Caucasus Mathematical Olympiad is already available on the official website.

The Olympiad will take place from March 12 to March 17.

These six days will let the participants experience a variety of positive emotions brought by traditional Southern hospitality, well-organized Olympiad, eventful programme and a true symbol of the Olympiad - the City Integral game.

The Opening Ceremony of the Olympiad will be hosted on March 12 at 18.00 at the Main Building of Adyghe State University.

The games will start on March 14. Each team consists of one to four members. All team members should stick together and move from station to station as a team, either walking or running.

Additional stations could be added to the game itinerary.

The goal of each team is to get as many points as possible in the least amount of time.

The biggest mathematical event of the year in Adygea is over. For five days and two rounds almost 200 teenage mathematicians from fourteen regions and nine countries proved to themselves and others their worth, strength, determination and mathematical prowess. Their works were written, examined and discussed at length.

It’s not only about competition – the two leagues (Grades 7-9, and 10-11) enjoyed a wide range of extra-curricular activities fit to suit every taste.

Today’s Closing Ceremony included the awards medals, diplomas and certificates to the brightest young minds of the Caucasus Mathematical Olympiad – 2020.

Today could be described as positively enlightening.

ASU Economics department hosted a special meeting for the Olympiad participants today. They were introduced to the evaluation criteria used by the Jury. Needless to say, the students were very excited: the winners would be chosen in the next 24 hours.

After detailed explanation and review, the teenagers were whisked off to the local museums, where untold treasures, artwork and heritage landmarks of Adygea were proudly and reverently displayed.

After dinner everybody had a very special treat – “CoffeetimeBand” acapella concert. The “Voice” jury members were right – Asker Berberov &Co certainly could sing with the best of them.

Organizers, partners and sponsors of the Olympiad 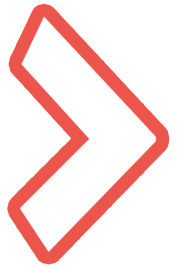 Anthem of the Olympiad
Lyrics 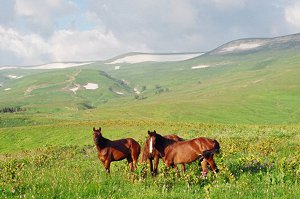 Adygea, often called the “Southern gem” of Russia, is a land of a wondrous contrast: the boundless steppe and foothill woodlands, the eternal snow caps of the Caucasus peaks and the warm shores of the Black Sea.

Adygea is the republic listed first in the alphabetical catalog of federal subjects of the Russian Federation. It embodies a unique world which combines natural beauty, venerable antiquity, inimitable multifaceted culture, and the progress of modern civilization, all intertwined and complementing each other.

The territory of Adygea used to be a part of the historic land known as Circassia which was located in the North-West Caucasus and the northeastern shores of the Black Sea. At the end of the 15th century, a Genoese traveler and ethnographer, Giorgio Interiano, was the first one to provide a detailed description of Circassia.

Maykop is the capital city of the Republic of Adygea. It is located between two bigger Southern cities: Krasnodar and Sochi.

What People Say about the Olympiad:

Vera Sergeevna Abaturova, leader of the delegation from North Ossetia-Alania

“It’s very nice to see how everything was well organized; we could see a high level of the work done. We are glad that we came to Adygea for the Olympiad. An important factor is that students get to be in an advantageous atmosphere which helps them to develop in the right direction”

“I have the most positive impression of the Caucasus Mathematical Olympiad. Most of all, I will remember the interesting problems that we had to solve at the Olympiad. Also, it was interesting and very useful to meet the professors. We learned a lot from that meeting”

“Here I met many famous people, scientists, professors of the leading universities of Russia who gladly shared their knowledge with us. You don’t get that lucky every day. I was glad to see a high level of organization. I think that Adygea is a great place to have the Olympiad”